Happy (belated) Father’s Day, all you fathers and daddies and papas. You rock.

I’m as anti-gender essentialist as it’s possible to be without being an Ursula LeGuin character. So, I’m not going to wax poetic about the inherent need for a father’s love. I’m not going to write about the definition of fatherhood. I’m just going to take this as an opportunity to tell you about my dad.

My father was born in rural New Jersey to a well-digger, Wiley, and a home-maker, Roberta, the third of four boys. He grew up walking to school through the flat, gently rolling farmland of Hunterdon County. At eighteen, he traded his hometown for a small North Carolina college town, where he worked as a line cook and studied philosophy and religion. 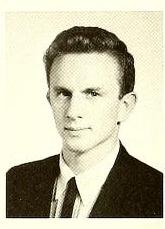 Before he’d even met my mother, he’d received a Master’s in Divinity from Drew University, then renounced organized religion. He’d biked from central New Jersey to Georgia by himself, then spent some years moonlighting as a professional tenor while working construction for a day job. For a while he worked as a zoning officer, meanwhile marrying and divorcing a few women, and raising some kids (my brother and sister Nina* and Chris*).

I am his only biological child, a blip around the “middle” of his life. He and my mother were married only a short while; he married the woman who would become my stepmother shortly after the divorce. When I was a young child, he worked as a night manager for GM, but soon he was working as a zoning officer again. At fifty-six, he abruptly decided to pursue his Master’s in Education, and became a special ed teacher for the local middle school. He was a member of the First Unitarian Society of Plainfield’s church choir for thirty-three years. He was proud to be from New Jersey. He was my dad. 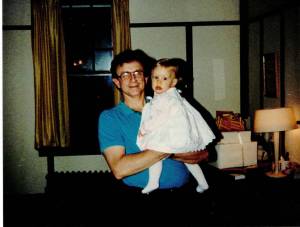 Shut up, Franklin Roosevelt wore dresses at this age too.

He died a week before I graduated from college.