Brace yourselves, readers, I’m about to answer the question “OMG WHAT ABOUT TEH MENZ?!”

We’ve recently had a lot of posts about shaving, hairlessness, and societal expectations tied to those things. For the most part (and rightfully so!) these have focused on how women shoulder the vast majority of this obligation. To be clear I am absolutely not intending to diminish the time, effort, pain, and social obligation that IS imposed on women and girls by our society. If you don’t believe that shaving standards are overwhelmingly gender biased PLEASE GO READ THESE THINGS! AGAIN IF YOU WERE NOT CONVINCED THE FIRST TIME!

What most people misunderstand, and something that needs to be cleared up, is that just because something is gender biased doesn’t mean that there isn’t damaging social pressure on the non-biased group. One of the main ways Men’s Rights Activists (MRAs) and just generally anti-feminism people shut down feminist arguments is by saying “BUT THIS DOESN’T JUST AFFECT WOMEN! WHY ARE YOU SUCH AN AWFUL PERSON? DON’T YOU CARE ABOUT THE REST OF SOCIETY?!” But if you talk to almost any modern feminist they will tell you that: Firstly, you’re being completely dismissive of the lived experiences of people who are members of a demonstrably oppressed group, and secondly we realize that society is shitty to many different people in many different ways!

The fact that men deal with certain shaving standards is both true and something that needs to be addressed. But it is also true that a man’s worth as a human being is not overwhelmingly dependent on him strictly adhering to those standards. That is the difference between having shitty experiences and being oppressed by a social norm. Your HUMAN WORTH is not affected by it.

Finally I would like to acknowledge that the relationship between genderqueer/trans* people and their hair is incredibly complicated and unique and something that I am not in any way personally qualified to address. I speak for the cis-male experience and don’t presume to speak for any other.

With those caveats out of the way, I would like to talk candidly about the kinds of standards placed on men, and reinforced, by society when it comes to hair, body hair, and shaving. I will also ask some contextually appropriate rhetorical questions along the way for you to consider/ponder/ruminate-on, whatever your preference may be.

The Hair on my Head

Our society has a long history of conflating gender and hair length. Starting when we’re very young most of us are indoctrinated with the idea that boys have short hair and girls have long hair. It might not be verbally expressed (though most of the time it is) but the non-verbal messages are very clear on this idea.

This strong gender bias leads to many of the uninformed and prejudiced assumptions people are faced with when they choose to not conform to society’s expectations. The masculinization of short hair leads people to assume that women with short hair must be lesbian or otherwise not a “proper woman”. The feminization of long hair results in the two “worst insults” a man can ever receive (generally from other men): that they are either gay or a woman (both disrespected, dehumanized, and feared).

Q: Why do we feel justified in projecting our judgement of how a person identifies based purely on a single, or any combination of, physical characteristic(s)? While hairstyle can be a powerful way of presenting a personal identification, what internalized gender or sexuality does anyone’s hair independently have that is different from the one they identify with as a person?

Non gender-conforming hair styles also impact potential respectability in the workplace. When I chose to grow my hair long in college I was told many times that I would not be respected by potential employers. That my value and competence would mean little or nothing if I presented myself in a way that was non-normative. But why should I accept that reality?

Q: What does my hair length have to do with my intelligence, resourcefulness, resilience, or creativity?

The Hair on my Face

As a bearded person, let me just say that modern society has an incredibly strange relationship with facial hair. On the one hand it is seen as a visible display of hyper-masculinity – the Brawny, tree-feller, cabin-builder, raw-animal-eater, no-pain-feeling uber-man is hatched from the Earth already sporting a magnificently lush face-garden.

On the other hand most of the Type-A, aggressive, cutthroat professions – law, competitive business, stock trading, military service, etc. – all have hyper-masculine association but completely abhor anything less than perfectly shaven faces and short coifed hair.

To make it even more complicated, more thoughtful, intuitive, creative, or otherwise less hyper-masculine professions – art, music, academia, science, etc. – are much more accepting and even expecting of facial hair.

The discontinuity here seems to come down to perception of care and respect for one’s body. Cleanliness and discipline. Most of the careers that value shavenness are those in which reputation, networking, and discipline are prized and cropped grooming is essentially a visible representation of that.

“If I’m going to trust you to take care of my retirement savings I first need some sort of assurance that you are a precise and responsible person.”

Instances where facial hair is acceptable or inconsequential are those where physical appearance is secondary to the actual work being done. A painter, a musician (non-classical, see “precision and discipline”), a theoretical physicist is not expected to be shaven because we respect that they are “too consumed by abstract thought projects to care if their personal grooming habits are maintained”. 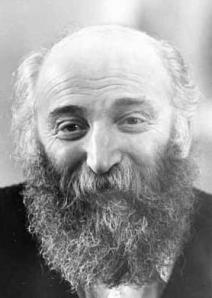 “Gersh Budker was too busy inventing the process of electron cooling, resulting in this facial magnificence.”

Q: What do we mean by the term “clean-shaven”? Is my beard somehow unclean? Maybe if I don’t wash it for a couple of days, but couldn’t the same be said for your shaven face in the same context? In what ways do I not care about myself because I choose to have facial hair?

The Hair on my Body

In the corporate world men’s bodies are typically covered quite thoroughly so most of the expectation and pressure around body hair is social and, more specifically, sexual. Also, similarly to feminine beauty standards, they are heavily dictated and influenced by the media.

If you’re a man, a sex symbol, and in a movie these days it is almost guaranteed that you will be required to remove every last hair from your chest and back, and even sometimes your legs and arms. As a case study, I give you the following: 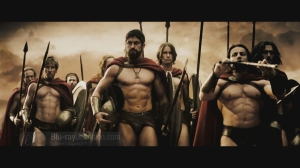 The noble and civilized Spartans somehow found time in between all that pesky battling to maintain all the hair below their chins. 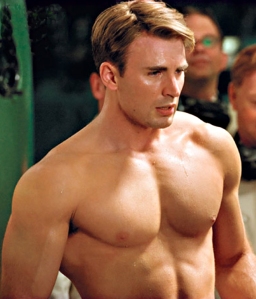 Captain America is obviously the epitome of hairless american values!

Even Edward and Jacob, who you would expect to be in the beast category, were not spared the Holywood treatment because their value as normalized human sex symbols was prioritized over being a dehumanized curiosity: 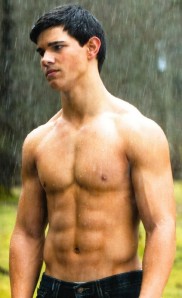 Aren’t I supposed to be, like, totally a Werewolf or something?

The sexualized savage is typically seen in the context of using facial and body hair to present the character as animalistic, bestial, or otherwise dehumanized in an arousing way.

Jason Momoa again as Khal Drogo in Game of Thrones

The message here is that the sexual ideal for the attractive, trustworthy, respectable male body is a hairless chest. If you have hair on your body you better be some sort of “bad boy” or otherwise overtly sexual because in the mating game you are just an adventure. Not really something that should be respected as a complex, insightful, emotional person because you’re kind of still an animal.

It’s been hurtful and it has not only been a trigger of body disphoria for me but also compulsive pulling of the hair out of my back and shoulders (aka: trichotillomania). The assumption that men are not affected by disordered body image or emotional pain leads to the normalization of disrespectful unkindness toward us. “Just man up. Don’t take it so personally. Don’t feel.”

Q: I don’t deny anyone personal sexual preference, but whether you accept me or reject me as a potential sexual partner are you also respecting me as a person at the same time?

What are your thoughts on this subject? Do you have any good media examples of body positivity for men? Share them in the comments below. I leave you with what inspired me to write this post in the first place, Gillette’s new campaign against male body hair:

(“Your personal preferences around your own body don’t matter. You don’t get to decide how to present or feel good about your body. Your natural state ISN’T COOL.” Sound familiar?)