My dad liked to tell this story about me as a young child: our family had a powder blue pickup truck that he’d drive everywhere. It was an old Ford, with a bench seat, and while we were bouncing over potholes and listening to “Turkey in the Straw” for the thousandth time, I would sit just close enough to my dad that I could reach out and touch him if I wanted to. But I never did. 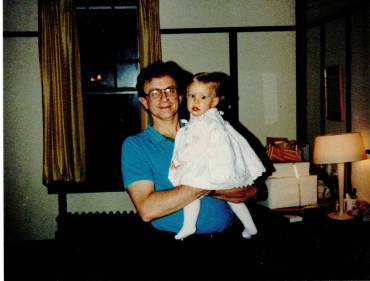 If only I weren’t trapped in this lace cupcake I would be able to escape this affection!

I was not a physically demonstrative child. My dad used to pull me in and have to physically lift my arms and place them around his waist, then not let go until I squeezed, to get me to hug him properly. And I loved my dad. I absolutely dreaded being touched by relatives, strangers, even my friends. My friends and I did not hug. When I saw other girls hugging each other at school I was legitimately baffled.

I think being a little stand-offish physically is probably just part of my personality. But I also grew up female in this lovely world where having a vagina makes you public property, so by the time I was in college I had settled into the physical affection zone I’m in now, which is essentially “Handshake or bust, motherfucker.”

That’s a tough thing to enforce. I’m read as female 100% of the time, which means people expect me to be warm. Furthermore, female friends and acquaintances hug as a greeting much more often than they shake hands or nod warmly at each other. My relatives would be horrified if I didn’t kiss my grandmother hello. So I get the dubious choice of looking like a total dick by ducking a hug, or enduring some unwanted physical affection.

Sometimes I feel guilty that I don’t want to cuddle, especially with men*, or hug, because the people who want to cuddle or hug me are nearly always lovely friends or well-meaning acquaintances. People who mean me no harm. But fuck that, why should I feel guilty? My body is mine, and I should be in total control of who touches it. 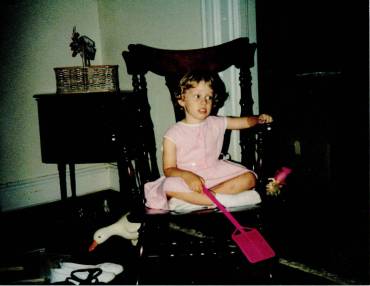 Please come closer. I dare you.

I had a friend in college who would ask for consent before any physical contact whatsoever. That annoyed the piss out of me. He took it to an extreme–it doesn’t have to be like that. At the root, I just need control of my personal space.

Here are some suggestions for accommodating the (possibly stealth) prickly pear in your workplace or friend circle:

1. You don’t have to ask before every single bit of physical contact, but hugs are pretty involved! Fellow editor and lovely person Stevia recently asked me if I’d like a hug. I said yes, because the asking for permission put the choice in my hands.

2. Pay attention to body language. If I’m leaning in when you’re talking, or I don’t move my leg away if it brushes yours, I’m probably fairly comfortable. If I have my shoulders open and don’t seem tense, I probably would be ok with a hearty back slap or a friendly arm around the shoulder. If I’m sitting as far away from you as possible and am keeping my limbs tightly at my sides, a.k.a. if I look like a dog that might bite you, don’t touch me.

3. Don’t take it personally if someone doesn’t want to hug you. I adore my best friend. We do not cuddle. I have hugged each of my housemates–people I live with and with whom I’m fairly close–an average of about twice each in over a year. I tell people I love them in different ways.

4. Do not force people to hug you, even children. This should go without saying, but since some people do it anyway, I think it deserves reiteration. No one has a right to touch anyone else. Respect the wishes of all humans to their bodily autonomy.

And last but not least:

5. Don’t assume I’m mean or cold because I don’t hug. I’m a relatively friendly person. It takes me a while to warm up, but I’m affectionate with trusted friends. I’m reasonably kind to everyone else. There isn’t anything wrong with not being a hugger any more than there’s something wrong with being a hugger.

*Men have, in my experience, a specific talent for ignoring the boundaries of my personal space.