Once upon a time there was a girl who loved too much.

Too much to be “normal,” that is. As a child, she made “little while friends” on vacation and floated between cliques, welcome in all but never really one of them. Sometimes she was part of a group of three or four girls, but she never had a “best” friend – or if she did, it didn’t matter if the best friend had another friend who was best to them. When she was friends with someone, though, she meant it, and was generous and helpful and loyal. And she was all right by herself, sneaking off at recess with a library book to see her friends within the pages.

The girl who loved too much grew up, and started noticing boys. One day the boy she liked called her, asked her to work on a project for the school play with him. He was older, and had a girlfriend, but it was nice just to talk to him and create something together. It was enough, to just feel the warmth and happiness that came from love. She almost wanted to keep him at a distance, so that nothing would happen to the love.

The boy graduated; the girl’s parents moved away. In the new city was a new boy, who played the upright bass with his arms wrapped around it like a lover. She was jealous of that bass. What a silly feeling, jealousy! As though arms could be used to hold only one thing; as if he were supposed to stop making that wonderful music just because she was there now. Eventually, he did wrap his arms around her, and the warmth returned, and this time she didn’t have to hold him at a distance. They explored each other’s bodies together, silently, and for the first time there was a bit of pain, but still the feeling of love, and it was wonderful.

The boy graduated, went to college, got a new college girlfriend. The girl who loved too much was sad that he couldn’t just tell the new girlfriend about her, so they could keep having sex on his visits home. She wouldn’t have minded sharing him. But she knew that you just couldn’t ask about these things.

The girl graduated, went to college, got a new college boyfriend. She went home for the summer without telling him how she was feeling, because you just don’t talk about these things, especially with the person you’re having the feelings about. The girl who loved too much met an old friend, also home for the summer, and for some reason he smelled good and she wanted to rub her face against the stubble on his chin. And the fact that she was nominally already dating someone just seemed like such a small thing, not worth losing this opportunity for. But after a couple of glorious months of sex in the woods and on the sun-warmed pebbles of a pocket beach, taking walks with his dog and having him over-tip for coffee at the place she worked, it started to feel silly that she wasn’t telling her boyfriend about this great, positive love that was blessing her summer. It would have been so easy to hide, and lie, but it didn’t seem important enough to lie about. So she told him, on the phone late one night. And he flipped. It was horrible and blamey and there was shouting and the words “I love you” used in hatred and manipulation, when before there had just been two people making each other feel good. There were promises never to do it again.

She did it again, only this time she didn’t tell. There were just too many wonderful people with which to fall to sleep in a sweaty tangle of naked limbs. But the yelling and the manipulation still got worse, and it was a huge relief when they broke up, making the secret she had been holding meaningless. Still. She didn’t think of herself as a bad person, but this was what bad people did – not choosing one person to love. And despite the fact that she had just spent several months making love to people who knew they weren’t the only one, she didn’t know anyone other than herself who was doing this, so it must be impossible to do in the real world, in the light of day, with real love. 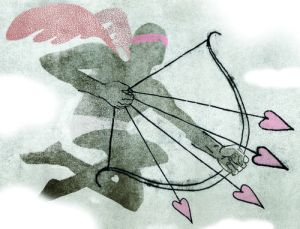 The girl who loved too much made a friend, one friend, one girl friend, with piercings and invisible scars and sarcasm and experience, who introduced her to the online oracle for freaks in the back of the alt weekly with the sex worker ads. And Dan Savage said the magic words: ethical non-monogamy. There are people doing it. There are people who will be open to it if you ask them for it. There are people who don’t want to do it, and if you do, they’re the wrong people for you anyway. Forget them. Find the ones who will love this part of you, with radical honesty. Find the ones who, like you, realize that what we’re told about relationships is completely dysfunctional, and every aspect of every relationship must be negotiated on its own terms. Realize that the most important people to me may not be the sweaty tangle of naked limbs people, but the friend people. Love is what you make of it.

Armed with Dan Savage’s magic words, the girl who loved too much made her way out into the world. Many people came through her life; sometimes the magic words didn’t work and people heard “easy meaningless sex” when she thought she was saying “radical redefinition of patriarchal structures.” Still, it gave her the courage to ask for what she wanted, and leave if she wasn’t getting it, knowing that she was and would always be her own person, and there would be more people to love. Sometimes what people thought the magic words meant was “sure, sex with other people, but those relationships will be less than ours, and here are a bunch of hoops you must jump through to prove that to me.” The girl who loved too much tried that a couple times, but she never got the satisfaction out of them she thought she would, and quickly took them back. There was just no way that every situation could be covered with a rule. You had to just talk about what would work for you. One time a boy she loved made a rule: of “I want you to tell me about dates before you go on them.” Another boy asked her to get together, as a friend, but she wasn’t sure and wanted to make sure she wasn’t breaking the rule, so she told the boy she loved that it was a date. And she treated it like a date, and that made the friend look at her in a different way, so the second time he asked her to get together, it was a date. That, she thought, is what rules do. If you trust someone, you don’t need rules. If you don’t, it won’t matter if you have them. 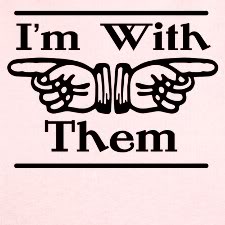 But overall Dan Savage’s magic words worked, only they weren’t Dan’s any more, they were hers. She found people who were using the same words, and even if they meant slightly different things they could still talk to one another. They were good at talking. Love got even better through talking, except when it didn’t. Words were painful, sometimes, but still better than silently trying to guess a person’s intentions and feelings, through the spending of money and the returning of phone calls. She couldn’t go back to loving only one person, and the people who wanted that usually lost interest right away. She couldn’t rely on one person to meet all her needs and fulfill all of theirs – it was clear no love could survive that. She didn’t want to compromise. She didn’t want to act out the charade of ownership invented when women were only slightly more valuable than cattle. She didn’t want to look for a missing half; she wanted to be one whole person, held aloft in a web of love, holding others in turn. And society said that she loved too much, and would run out one day, but to her, the more she loved, the more she could love.

And she lived, relatively happily, for a while longer. It’s hard to say how the story will end; she’s making it up as she goes along.

With apologies to A Softer World

9 thoughts on “The Girl Who Loved Too Much: A Fairy Tale”