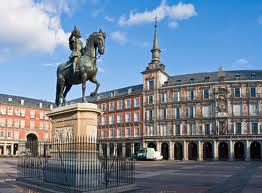 About 2 and a half years ago, I studied abroad in Madrid, Spain.  It was one of the most amazing experiences of my life, except for one tiny detail…the dating scene.  Specifically, something that yesterday’s post mentions, a preference for the blonde, skinny, white girl.  Which, for the record, is not me.

Now let’s get this clear, I was not looking for anything concrete, anything long term, since I was only in Madrid for 6 short months.  But after the first month when most of the guys I met were asking about my two friends in the program, who were both blonde and blue eyed, I started to feel a bit peeved.  We had been warned that racism was rampant in Spain; immigration had just opened up about 20 years ago and Spain still had a lot of issues to work through.  In fact, women of color in our program were specifically told about how we could be treated, as sexualized prostitutes, because, people of our color, where “always” selling ourselves on street corners.  Lucky for me, I only experienced a little of this discrimination, with cat calls of “hola morena” (literally hello brown girl) or blatant studies of certain parts of my anatomy.  However, a fellow female of color peer got it much worse; people asking her how much for a night, touching her and calling to her, that she left the program early.

My conclusions from this situation was that America was the fad, the “it” thing.  Unlike a lot of Europe, Spain is comparatively dark, inhabited by brown/black haired people with dark eyes and tanned skin.  And America, with the music that was featured in most clubs, and the fashion, which was seen in a plethora of stores, was the ideal…and, as exhibited by the media, white.  Therefore, anyone who was light skinned and who spoke English was exalted, coveted and sought after, if only to live up to the media standard. 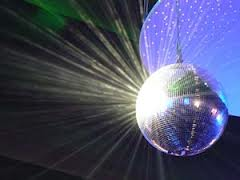 un discoteca would be incomplete without a disco ball

Personally, after a time, I actually preferred to be ignored than to be sexualized.  I perfected the art of dancing by myself, which I not so secretly love.  And it became a game how many creeps I had to chase away from my friends by pretending to absolutely NEED a drink or be their lover.  It was the times when I was noticed that bothered me the most.  From the time when I was followed from a subway station exit all the way to a store, which I ducked in to, until I was unabashedly “called for” by a fellow Spanish peer, because I had the curves he was looking forward to.

When I left Spain I felt a bit of relief.  I was removing myself from the atmosphere that lauded whiteness as beauty.  But then I began to see it more clearly back home.  How the media highlighted it in commercials and magazines.  How being anything above a size 2 was too big.  How color was a characteristic to be equated with singular sexualized images such as the “jungle” or “tropical” or “forbidden”.  And I am sick of it. 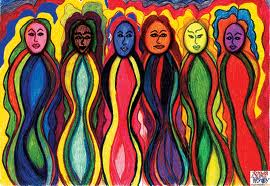 calling all my ladies

Beauty is in the eye of the beholder, but what if the beholder is biased to think of only a specific idea, concept, ideal, as perfect?  If “everyone” is in agreement that the image of beauty is skinny and blonde, how do you change it to reflect the other, the darker sister?  My answer?  Be proud sisters of color.  Bare your skin and your voice and your style so that in time, through your words, and actions and insistence, the norm changes to reflect the rainbow.  That is what I learned in the time since I left Spain.

I am sure that I am not the only one who has experienced this…any stories to share dear readers?

5 thoughts on “A Reflection: Lessons from my (non)dating life in Spain”