My brother loves classic Disney movies. He knows and loves them all backward and forward. I always hated them growing up, because I thought those princesses needed to grow a backbone. This was a cause of constant sibling disagreement in my household.

I grew up and read some great feminist critiques of Disney. They also came out with movies like Mulan that have much better gender politics. But I still feel the need to go back and rewrite those classic Disney movies, because those cartoon women deserve better.

1. Snow White and the Seven Dwarfs

It’s not her fault the mirror judges her by sexist, ageist beauty standards.

When the seven dwarfs see what the Queen has done to Snow White and why, they lock her inside the cottage and give her a long talk about patriarchal beauty standards. That mirror was probably made by a human man, they explain, because beauty is subjective, and dwarfs don’t have gendered beauty standards at all. “Not all of us identify as men, you know,” Doc explains. “Though humans usually don’t understand that.” The Queen tearfully admits that she’s cracking under the pressure of the crushingly high beauty standards her kingdom has for its queens, which isn’t fair because her father the king had never taken a bath in his life and no one ever said he was too ugly, and agrees to lift the spell on Snow White if the dwarfs will adopt her into their society. Snow White becomes Queen and takes on Doc as her advisor, and the former Queen lives in the masculine dwarf fashion that she always secretly wanted and goes into business as a freelance magician. 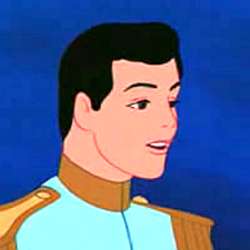 Prince Charming grabs Cinderella’s wrist to pull her into another dance, and he sees her flinch with her whole body at the unexpected contact. Charming has learned to recognize signs of abuse, and tells her quietly that if there’s something wrong with her home life, she can tell him, and he’ll do what he can to help. At first Cinderella insists that nothing is wrong, but after another dance, she asks to go somewhere private, and she tells Prince Charming about the abuse by her stepmother and stepsisters. He tells her he doesn’t care if her nice dress becomes plain clothing at midnight; it’s not her fault she has to resort to magic to gain basic freedom of movement. Cinderella’s not sure what she wants to do about her family yet, but agrees to Charming’s offer to take shelter at the castle. Eventually, she pleads clemency for her stepsisters but agrees her stepmother should go to prison. Cinderella had to drop out of school to work for her stepmother and starts getting tutoring at the castle. She also helps train Charming’s staff on how to screen for abuse. 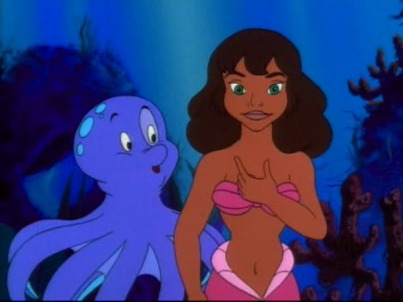 Apparently, there was a Little Mermaid TV show, and in it Ariel was friends with this deaf mermaid, Gabriella. You’d think she could have learned some sign language!

When Prince Eric takes Ariel to his castle, she goes to the servants’ areas and starts signing, because she knows some deaf mermaids who taught her how. They don’t understand Mermaid Sign Language, of course, but they understand she’s trying to communicate. The cook has a deaf sister. He teaches Ariel some signs in Fantasy Kingdom Sign Language, then goes to Prince Eric and chides him for not thinking of alternate means of communication. Ariel and the cook come up with a pidgin in between MSL and FKSL and she confesses her crush on Eric and the deal she made with Ursula. “I’m willing to give this relationship a try,” Eric says, “but you shouldn’t have to give up your family for me. I’m going to teach you how to sail.” Their relationship doesn’t end up working out, but Ariel’s ship becomes an embassy for human-mermaid relations, and she really enjoys her work.

4. Beauty and the Beast 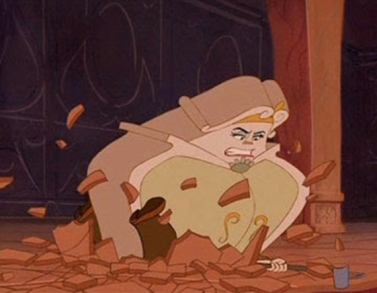 How the French revolution really began.

Belle realizes the Beast is abusing and controlling her and the servants. She leads the servants in a socialist revolution against the Beast. They turn the manor into a worker-owned restaurant and inn. The Beast is put to work chopping firewood until he can get over his issues enough to interact healthily with other people. Belle and Maurice build steampunk robot prostheses for any of the furniture-servants who miss having hands or legs. Gaston visits the inn to try and creep on Belle again, but runs away screaming when a piano waves hello to him with a clockwork arm.

Jasmine is so fed up with their patriarchal bullshit.

After that puffed up, ridiculous Prince Ali comes to the palace to woo her, Jasmine decides she’s had enough. “My husband will not become the Sultan,” she tells her father. “I will. These men are courting the power they think they’ll get, not me. Once I’m the Sultan, maybe they’ll show me more respect.” The Sultan is skeptical, but he lets her in on his councils and she can actually contribute some ideas about how to improve Agrabah, after her time with the poor on its streets. Aladdin approaches her again as himself, the street boy, and together they overcome that total misogynist Jafar and work to make Agrabah a better place for people like Aladdin.