You guys, let’s face it. “Feminism” has a bad rep. “Feminism” sounds scary and evil. Time Magazine and Women Against Feminism — those bastions of well-informed activism — have unleashed a rallying cry: enough with “feminism.” Let’s do away with it altogether in favor of a shiny new movement for everyone! Honestly, I think they’re right. We do need something a little bit snappier. May I suggest People for the Ethical Treatment of Ladies (PETaL)? Think of the merchandise — flowers, ladyflowers, and tropical flower bikinis for summer, oh my!

On second thought, we might run into some copyright issues…

And while we’re at it, let’s rebrand sexism! Better yet, let’s just rebrand oppression altogether. Doesn’t that sound like fun?  Come on guys, hear me out: what do you think about when you hear the word “oppression?”

All of those are objectively terrible things. No man, woman, or child in the Western world could EVER relate to those things. Nobody wants to be a murderer. Nobody likes thinking that they’re on the same level as King Leopold II, Hitler, and Pol Pot.

But what about harmless, little oppressions like street harassment, mis-gendering, inappropriate hugging and hair-touching, and rape jokes?

When you call somebody out on those things, you get defensiveness, derailment, and TEARS. 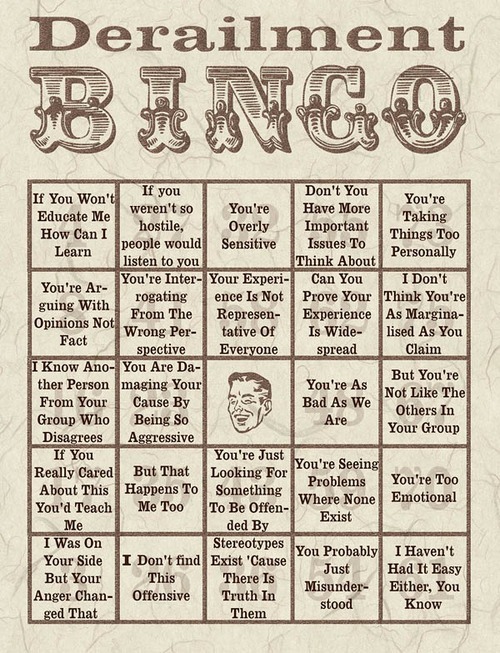 If you won’t educate me HOW CAN I LEARN?!

Call someone oppressive, and you’re more than likely going to end the conversation feeling sweaty, exhausted, and hating humanity. This is counter-productive. You’re so much better than this. WE’RE SO MUCH BETTER THAN THIS.

Here’s where my idea comes in: let’s rebrand oppression. More specifically, those pesky bottom tiers of the pyramid of oppression. 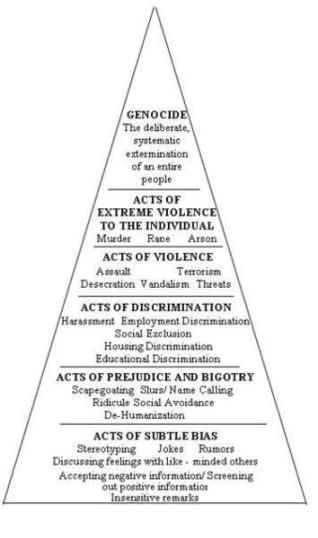 Why rebrand? Consider an example from the public health world. You might notice that public health officials abandoned the term sexually transmitted disease (STD) in favor of sexually transmitted infection (STI). Why did they do this? When people hear they have a disease they either a) refuse to go to the doctor for fear of impending death or b) don’t go to the doctor because their junk doesn’t look like those awful pictures of SCARY AND TERRIBLE diseases your health teacher showed you in 8th grade. An infection doesn’t sound nearly as scary, and gives the impression that it can be managed, as is true for most STI cases.

By rebranding casual oppression, we can convey to people that — like chlamydia — that habit of saying and doing shitty things to others isn’t something you’ll be stuck with forever. If you take your dose of  pills and read your pamphlets, you, too, can continue to lead a long, happy, and productive life.

Sparkles appreciated, though not mandatory.

This is where my master plan comes into play. Here it is, the solution to our problems: [oppression]-douche.

How does it work, dear PETaLers? Simple. The next time you want to call someone out on their oppression by labeling their behavior icky words like “racist” or “sexist”, just replace the “-ist” or “-phobe” ending with “-douche!” Call someone a racist and the just get so darn riled up, but race-douche sounds so much nicer, doesn’t it? Doesn’t it make you want to reform your race-douching ways? Here are some more examples:

It may sound strange, but douching and casual oppression actually have a lot in common! Think about it:

Makes perfect sense, right? Now, when you call someone out on their oppressive behavior, instead of thinking this: 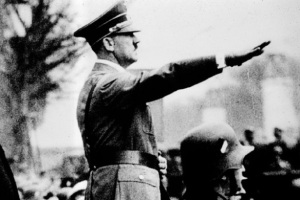 They’ll think of this: 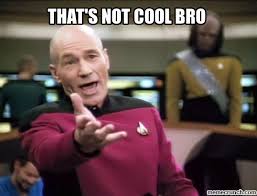 And there you have it, fellow PETaLers (COPYRIGHT LAWS BE DAMNED) — my master plan. Fewer rage monsters. Less derailment bingo. More happiness all around. Thank you, and good night. 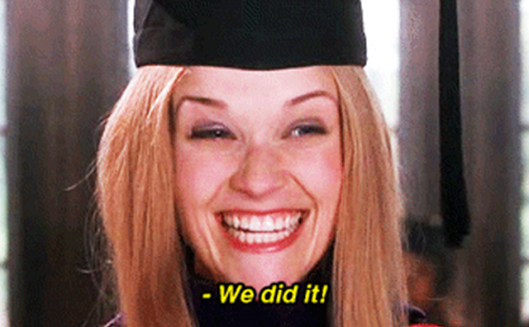 Now, if only it were that simple. Want to figure out how to actually deal with casual oppression? Tune in next time for an actual, not-bullshitting-you conversation about it. In the meantime, feel free to use [oppression]-douche as much as you like.