If you’ve looked at a computer or television screen in the last week, you’ve probably heard something about Ferguson, MO and a boy named Michael Brown. Perhaps you’ve heard a lot of conflicting stories. Let’s gets some facts straight. 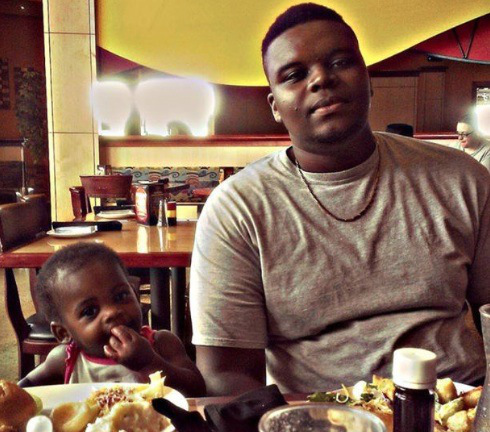 This is Michael Brown, on the right. He was 18 years old when he was murdered by Officer Darren Wilson.

We at Disrupting Dinner Parties are horrified to see such blatant disregard for human rights and complete disrespect for black lives and dignity as these events unfold. We are mobilized to act and we hope you are, too.

We’ve collected links to honest, up-to-date coverage of the Ferguson protests as well as ways to take action both with your time and with your money. This piece is broken up into three sections:

You can read this piece in its entirety or jump straight to the sections you care most about using the links above.

Media narrative falls into one of several camps; dehumanizing pieces reducing largely peaceful protests to rioting and looting, complete radio silence, or actual journalism. Part of this is due to the arrest, detention, and removal of constitutionally protected press. Much of the honest news about the Ferguson protests is coming out on Twitter, Facebook, and Vine — not conventional news sites. The news we do get depicts an altogether terrifying picture of suppression of both peaceful protesters and legal press.

It’s important to see Michael Brown’s death and the protests that followed within their larger context. The people of Ferguson, MO aren’t just angry because a teenager was murdered, although that would be enough. This pushback is happening in the broader context of centuries of racism and structural inequality.

On the Murder of Black Youth and Police Brutality 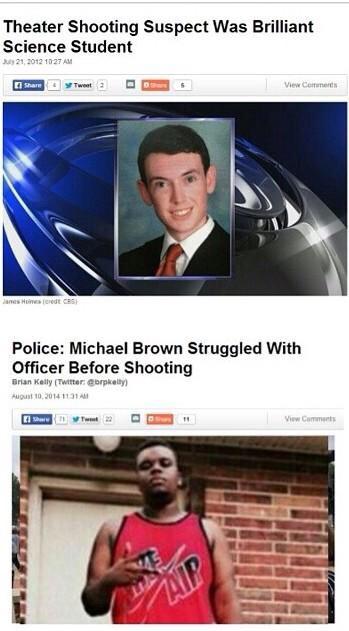 A comparison of how James Holmes — a man who murdered 12 people and injured 70 — and Michael Brown are portrayed by the media. Tell me again how there isn’t any bias in media representation of people of color?

Police get military equipment, but not training — making the gear even more dangerous.

On Racism, White Privilege, and Becoming a Better Ally

If you’re a medic, attorney, counselor, photographer, videographer, organizer of color, tech person,please fill out this form and come to Ferguson.

Donating Your Time and Your Voice

1. The shooting and killing of an unarmed citizen who does not have an outstanding warrant for a violent crime should be a federal offense.
2. Choke holds and chest compressions by police (what the coroner lists as the official cause of death for Eric Garner) should be federally banned.
3. All police officers must wear forward-facing body cameras while on duty. They cost just $99 and are having a signficant, positive impact in several cities around the United States and the world.
4. Suspensions for violations of any of the above offenses should be UNPAID.
5. Convictions for the above offenses should have their own set of mandatory minimum penalties. The men who killed Diallo, Bell, Grant, Carter, Garner, and others all walk free while over 1,000,000 non violent offenders are currently incarcerated in American prisons.

The events in Ferguson are a rallying cry for us all to take action against the pervasive structural racism and violence faced by black communities in the US. It can feel overwhelming and difficult to find your place in a movement if you’re joining it for the first time. However, it is our hope that we have collected ways for even the most uninformed to learn more and take action, in whichever ways they are able. Of course, this is not an exhaustive list. Do you have an opportunity you’d like for us to add  to this collection? Let us know in the comments.

7 thoughts on “This is a Ferguson Omnibus”