It’s that time of the year when everyone is either frantically searching for a costume or, the craftier amongst us, painstakingly putting one together with a glue gun and a sawing machine. For those who care about Halloween, finding an appropriate costume is difficult enough, however when you add feminism to the mix, the task becomes even harder. Am I appropriating? I’m I being culturally insensitive? Can I wear a sexy costume AND still stick it to the patriarchy? Where did all the female role models go?

Today we take a look back on what’s already been written about Halloween. 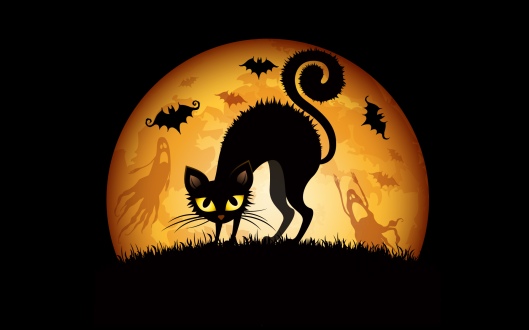 In Adult Halloween Costume Jan DeVry wrestles with balancing her identity with what Halloween has become as an adult holiday.

“I’m uncomfortable with the dynamic on Halloween, and no other time, of what dressing sexily means. Sexy Halloween costumes may be dumb and badly made, and it may be disappointing that there aren’t more non-sexualized options for women, but feminists will defend my right to dress sexy if I want. But. How do I communicate that it’s a conscious choice rather than being pressured to be a sex object? You know and I know that a short skirt is not consent, but a lot of people don’t and I’m unwilling to put my body on the line in the name of educating them. So I don’t. Halloween makes me want to run far far away from femininity.

Besides, most of the fun of being in costume is getting in character, truly BEING someone else for a day. How does one get into character as Sexy Watermelon?”

And MissX offers a few costume alternatives for those looking outside the box. Read her suggestions in 6 Halloween Costumes for a Modern Feminist. 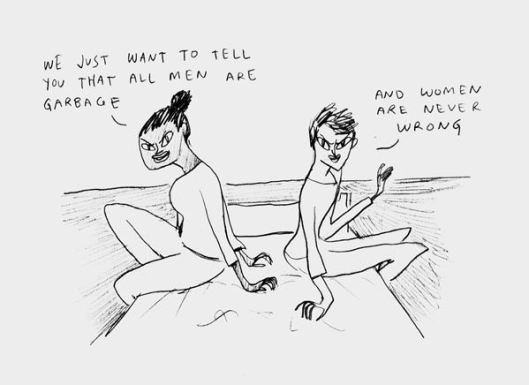 Adrienne Keene from Native Appropriations reminds us not to dress up like racial stereotypes for Halloween: The one stop for all your “Indian costumes are racist” needs!

“The bottom line is this: Don’t dress up like an Indian for Halloween. No, Pocahontas and Tonto aren’t ok because they’re “fictional” and/or “historic” “characters”–they’re based off tired stereotypes that continue to marginalize Native peoples. No, you can’t wear your Boy Scout Order of the Arrow regalia, even if a “real Indian” taught you how to make it. It’s not respectful to wear it as a costume, and I’ll argue that it’s not respectful for you to wear it ever, but that’s another post. No, the fact that you have a distant Indian ancestor does not make it ok for you to wear a $19.99 costume shop monstrosity. Especially if he/she was “Cherokee.” Our traditional clothing looks nothing like that. No, this is not the result of “PC culture” gone awry. This is about basic human decency and respect. My culture is not a costume. There are 566+ tribes in the US alone. We don’t wear skimpy dresses, fake buckskin, pony beads, and neon feathers. No, it’s also not ok to dress as a “Mexican” with a sombrero and a mustache. Or a Geisha. Or a “phat pimp.” Or a “phat rapper.” Just stay away from the racialized costumes. It’s pretty simple. There are like ten-thousand-million other things for you to dress up as. Any other objections?” 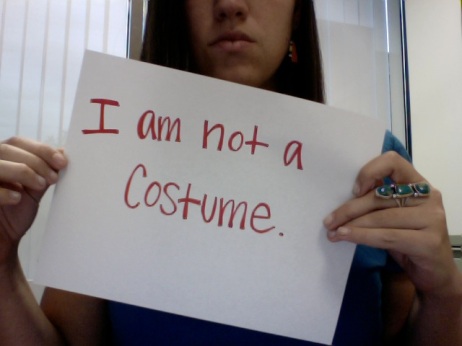 Have a happy, safe Halloween! Here, have a bonus video 🙂