Will you join me in a walk down memory lane? It has now been almost a year since we last updated, but some posts live on. Here is a countdown of the posts which continue to get the most views.

5. 4 Reasons Why, Actually, You Cannot Touch My Hair

Last week an art exhibit opened in NYC called “You Can Touch My Hair.” It featured three black women, all with different hair styles, standing in Union Station with signs featuring those same words. It was not intended to be the start of a hair touching movement, but a social experiment to explore the widespread tactile fascination with black women’s hair. This exhibit has opened up a floodgate of controversy, debate, and counter-exhibits. 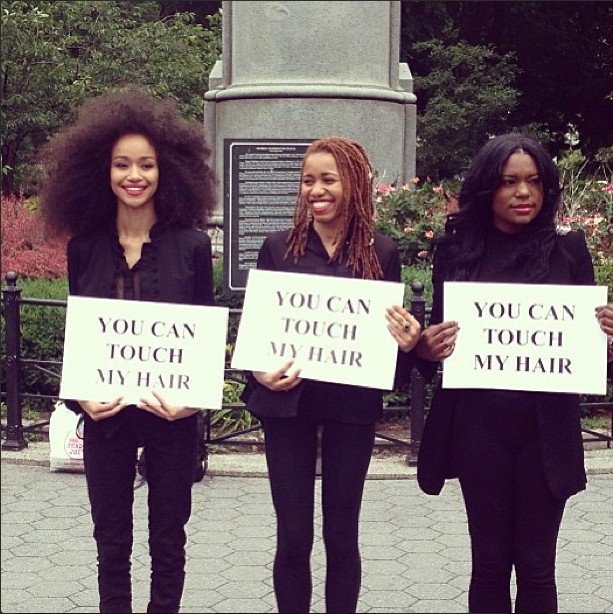 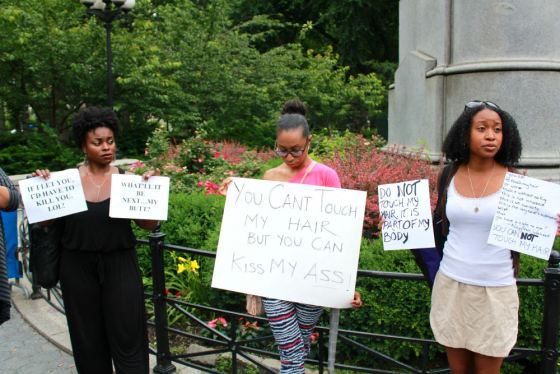 But this isn’t about the exhibit. This is about why, although you were perfectly welcome to touch those three women’s hair last week, you cannot touch mine.

4. Take the Red Pill: The Truth Behind the Biology of Sex 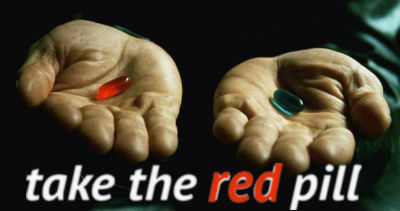 This is the first part of a series about the complex biological realities of sex. Though the posts build on one another, each can be understood alone.

I first learned about the social construction of sex from a lovely trans woman named Kiki.

Three years later, I was diagnosed by my gynecologist with polycystic ovarian syndrome (PCOS), which means that my body produces hormones intermediate between “typical men” and “typical women.” What I learned from Kiki gave me context in which to understand what this meant about my body and who I am. But it’s still very hard for me to talk about. My hormones affect me in ways that are hard to see, so even most of my lovers don’t know. I can count the number of people in my personal life who know this about me on my two hands.

The problem with calling sex “biological” is that biology is complicated. Hardly anything in biology fits into two neat categories like “male” and “female.” To give you an idea of how complicated sexual development really is, let’s go to the very beginning. How do sexual characteristics develop in a human embryo?

3. How to be a good cis lover to your trans partner

This post contains text below the jump that may not be safe for work.

For the most part, dating a transgender person is no different from dating a cisgender person (someone who identifies with the gender assigned to them at birth). But if you are a cis person dating a trans person, there are some things you should keep in mind that may not have come up in your previous relationships with other cis people.

I am a polyamorous queer cisgender woman, and nearly half of all the lovers I’ve had have been transgender. I take this as a compliment: like everyone I make mistakes, but I figure I’m doing something right if so many trans* people have chosen to welcome me into their hearts. Keeping in mind that I’ve by no means covered every topic, here’s what I’ve learned about being a good cis partner to trans people I date.

2. Open letter to a loved one in an abusive relationship 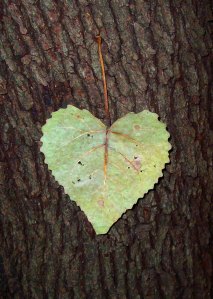 This is a letter for you, the person in our lives who is in an abusive relationship. You are our sister and our brother, the girl we went to college with, the friend with whom we went on that epic road trip, our coworker, our parent, our past self, our future child. The abuse you’re living though may be emotional, sexual, or physical. You abuser may be a boyfriend, girlfriend, spouse, parent, friend, or some other relationship to you. Maybe you’ve spoken with us about your abuse, maybe you’re not yet comfortable sharing it, or maybe you’re not even comfortable labeling the treatment you endure with the “A” word. This letter is to you, the one we love who is enduring abusive behavior.

There are some things we want you to know, and the first, the most important, is this:

[I choose to believe this is not an accident of search terms, but that there are simply this many people seeking racially diverse fashion options. I invite you to join me in this belief.]

“They disappear like magic and become a fluid extension of her legs, as in a sketch, elongating the silhouette.”

The nude shoe. It’s a shoe in  a color that comes as close as possible to blending in with your skin tone, and it’s been a hot trend for so many years that the fashion world is saying it’s a classic here to stay. From the castles of Great Britain to the streets of America , you can walk or click into virtually any shoe store and find a pair that works for you- unless you are a darker person of color.

For at least four seasons now, lighter skinned people have had easy access to an overwhelming selection of shoes in colors specifically designed to neutrally complement their skin, and they can often find such shoes in the section named “nude.” The same can’t be said for people who look like me, which has consistently frustrated my shoe shopping endeavors. The trend of labeling one color group “nude”, as if nude is not a relative color, also frustrates my brain- “nude” literally means “naked” or “skin colored” so applying it only to light beige-ish colors implies that the color of my skin isn’t actually a normal skin color. This just one of example the normalization of white skin across the fashion and personal care industries (and even the coloring crayon industry- the Crayola color we now know as “peach” used to be named “flesh.”) It also exemplifies the erasure of people of color (and black women in particular) even though we make up over one third of America’s consumer base. 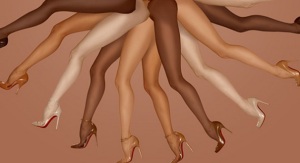