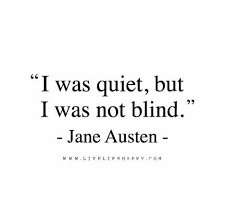 Shortly after the New Year, I read a post by a young woman of what it means to be a woman in a world of discrimination and indoctrination. The post, “I Am Reminded I Am a Woman When I Learn to Be Silent,” by Laura Jensen, is a powerful sentiment that I have seen reflected in many forms of media. The piece hit me in many ways that were both unexpected and obvious. It made me sad, reminding me of all the times catcalling had occurred to me. It made me angry and oddly comforted that this writer did what I did when presented with a situation in which I may be harassed; I attempted to hide in plain sight, downplay my identity and wish for invisibility. The plight of women is real. So is discrimination. Women, as well as, many identities of humans in all societies feel the weight of otherness placed on them by the dominant society. My initial take-away from this piece was that it was a straightforward post that needed no other evidence to support it. Women feel othered, littled, harassed and disrespected; it is an unpleasant, universal reality.

A week later, reminiscent of the author’s own decision to revisit her own initial response to the question of whether she thought often of her identity as a woman, I thought again about what feelings this piece evoked in me. There are other truths that the statements silence. While a majority of the time I may avoid a construction zone because I fear harassment, there are other times when I don’t. I asked myself the questions: Why didn’t I? Why should I?

This post is a thoughtful and reflexive response and an answer to those questions. I am very grateful to the author’s post and how it inspired me to think beyond. This blog post will first quote the original piece, followed by my own interpretation in bold.

END_OF_DOCUMENT_TOKEN_TO_BE_REPLACED

It’s the holidays, and once again, Facebook and Instagram feeds throughout the land are bedazzled with photos of happy couples, a ring conspicuously featured on one of their hands. A clever caption that might as well (but doesn’t actually) say “We’re engaged!” floats nearby or inside the photo itself, while a gazillion “likes” and congratulatory comments trail at the bottom.

You want to feel happy for them. And you probably do! But happiness isn’t always the only emotion present –especially if you are single. Yes, my single compatriots, you feel joy in the celebration of your friends’ love, yet you also feel jealous. And then you feel bad about yourself for feeling jealous.

And perhaps you aren’t even jealous of them and their engagement, but of the social status that goes along with it. The engagement announcement carries with it a strange sense of failure, and perhaps the shame of Why do I not have a partner?

If this sounds familiar, congratulations.  You have stumbled upon one of the many manifestations of Partner Privilege, the invisible force in society that rewards people for being in committed romantic relationships, and shames those who are not. END_OF_DOCUMENT_TOKEN_TO_BE_REPLACED

Yesterday, I got out of work early, and was convinced to go to a karaoke bar in Adams Morgan. While waiting to pay for a drink, a woman commented on my bag – a black cloth tote with a beaded gold elephant.

“That is an awesome bag you have! You are so trendy! Did you know that elephants are auspicious?” random lady stranger said.

“Oh thank you. And really? That’s good to know.” I replied. What I thought was, yes, I know that and I have an elephant tattoo, but I don’t particularly want to discuss that. Then, as we nodded good bye, I thought about what this random stranger must see me as, a young twenty-something girl, with a “trendy” style and a fan of singing.

Pretty much, I was questioning the social practice of identification. How do you identify yourself? How do others identify you? People categorize other people all the time. Have you ever people watched at a café? Checked out someone while in line? Overheard a conversation on the elevator? In order to make sense of those situations, we make quick inventories of the people we are observing and identify them accordingly. There is nothing inherently wrong with any of that, but its important to be aware what our automatic categorization could be doing to propagate stifling or marginalizing mechanisms, or awesome and empowering ones!

First, let me introduce myself.  (And another awesome post about labels and identity).

END_OF_DOCUMENT_TOKEN_TO_BE_REPLACED

Every so often, I am surprised by the integrity and thought provoking-ness of commercials, which usually focus on objectification, materialism and acquisition. I am talking about the Always advertisement #likeagirl, which interviews girls from age 6 to girls in their late teens of what it means to do actions – run, throw, fight – like a girl. It is a powerful video that reaches beyond the superficiality of most commercials to push and prod at one of the most basic and unyielding stereotypes of being a girl: that girls are physically inferior, lack self-esteem and as a result, must re-adapt and question their identity.

END_OF_DOCUMENT_TOKEN_TO_BE_REPLACED

As a woman, I feel we must survey and analyze every situation that occurs in a public place, in order to determine the safety factor. You know, how safe it is for a woman to act herself and be comfortable without guarding her words, dress, actions or gestures in order not to be harassed, intruded upon or attacked. The categorization of possible risks in public situations will then determine how said woman should adapt her behavior, dress, words, etc. in order to minimize any negative contact. For me, I had a lot of time to reflect on this autopilot vigilance this weekend when my best friend came to visit. Several incidents occurred that made me realize the pressure I feel to maintain a safety bubble, and how much it weighed on my decisions. It also made me want to do something about it.

END_OF_DOCUMENT_TOKEN_TO_BE_REPLACED

It isn’t breaking news that college tuition for both public and private 4-year universities in America has skyrocketed in recent years. Although the 2.9% average tuition increase seen in 2013 marks the smallest annual increase in college tuition for over 30 years, the fact is tuition that is still on the rise. “Financial assistance” is available, yet the average American undergraduate student still graduates with approximately $26,000- $29,000 in debt. The job market for recent grads remains grim, literally compounding the situation.

Luckily, there is an excellent high-quality AND affordable option available at least for the first two years. I’m talking, of course, about community college.

If you raised an eyebrow at the notion that community colleges provide high-quality education, read on: this post is for you. END_OF_DOCUMENT_TOKEN_TO_BE_REPLACED

Content Note: this post is about personal experiences of self-harm and suicidal thoughts & urges, including detailed descriptions.  Style independently similar to “Please Don’t Call Me Ma’am.”

You know, the exaggerated one where you pretend you’re cutting your wrists.*  At best, it’s tasteless.  At worst, it’s hella triggering.

Let me tell you about my personal relationship to self-harm and suicidal thoughts so you can understand where I’m coming from.

END_OF_DOCUMENT_TOKEN_TO_BE_REPLACED

being a decent human being, Privilege, respect, society misconceptions

An able-bodied person’s desire to understand what she takes for granted and the resulting research, complete with links to blogs by people with physical disabilities. 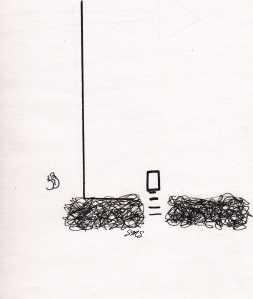 END_OF_DOCUMENT_TOKEN_TO_BE_REPLACED

The following post is about my learning disability. This is my writing raw, before I send it out for comments / edits. I am leaving it this way to show me unfiltered and unashamed.

This July, I was diagnosed with Moderate ADHD at almost 23 years old. While every case of ADHD is different, my disability affects me in a way that makes simple things difficult, like, remembering things or giving my full attention to tasks after I’ve already spent an extended period of time on them. I’m impulsive, which can be endearing or enraging depending on the situation. I’m extremely hyper and, if I’m not physically active enough during my day, I become overwhelming anxious with the amount of energy that is trapped in me. The diagnosis was not a shock to me and I volunteered for testing because I wanted to understand myself better. I had struggled with assignments all through school.  I would edit my own papers for hours but some how they would be marked up in red when I got them back. Teachers and professors praised me that I was intelligent but careless.  I was also incredibly forgetful. I was losing my phone at least two to four times a day because I just couldn’t remember where it was. I would forget to text people back for days (probably because I couldn’t find my phone…). While these sound like petty, little things, they manifest into something larger when you start to believe that you are stupid or lazy or thoughtless or an airhead. You begin to think that, instead of you are just different, that you are worth less than someone without your disability. You internalize it and you believe it.

END_OF_DOCUMENT_TOKEN_TO_BE_REPLACED

Recently, someone asked me about misandry.

Why are feminists so dismissive of it? After all, society contains harmful messages about men and masculinity. Why act like they don’t exist?

I thought about this for a minute before responding. I’m a major proponent of the well-worn feminist refrain, Sexism Hurts Men Too. I believe it; gender roles are restrictive and harmful for everyone.

But, I told him, there’s a difference between sexism and misogyny. Sexism may be a double-edged sword, but the sharper edge points toward women. Men (especially cis-men) are still unequivocally the winners of the gender-we-value award.

When we talk about misogyny, we’re not just talking about discrimination; we’re talking about hate. The kind of hate that’s systemic, strong, and pervasive. Misogyny is about the kind of hatred of women and of femininity that makes this world a dangerous place for women to navigate- both dangerous to our sense of self, to our souls, but also staggeringly physically dangerous.

The world just doesn’t have that kind of hate against men. That, I told him, is why so many feminists respond to claims of misandry with derision. The harmful effects of sexism on men are real, but misandry? Misandry is a joke.

Then I ran across this article on xoJane, about women who proudly claim to be misandrists, and what that means (summary as far as I can tell: misandry isn’t real; we use it to codify our radicalness and as a way of dealing with misogyny fatigue). I sent it out on our weekly reading-and-discussion email thread, and what you see below is the ensuing conversation. I would love to hear your thoughts on this- let’s continue the conversation in the comments!

This, on the other hand…